Voicing CSA held a meeting for survivors and victims of childhood sexual abuse in Todmorden on Saturday 23rd July 2016. 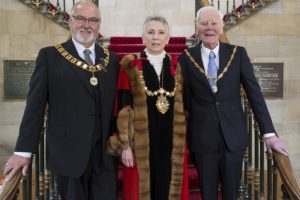 The attendance was very good and attendees had travelled far and wide to be present.

One of the key elements of Voicing CSA meetings are the recordings of guest speakers, however we consistently remind speakers that whilst Voicing CSA is there to offer peer to peer support for survivors and/or victims of abuse we are unable to show recording of speakers who reveal information that is current in a court case or is in the process of investigation.

We cannot equally show recordings where attendees enter into ‘live’ debate with a speaker if similar information is recorded. Any Voicing CSA meeting where this happens becomes a meeting for the attendees only and cannot be used to support survivors and victims who are still ‘hidden’ and are not ready to be open to the Independent Inquiry into Childhood Sexual Abuse (IICSA) in their journey of recovery and where necessary the path to justice.

The meeting and buffet was organised by Cathy Hymas who was first abused by her father and by the chauffeur of Jimmy Savile and the case came to light when a wall was stripped of wallpaper in his former home to reveal a mural of his victims who had written on the wall showing that they were there on the dates that their abuse began or happened. 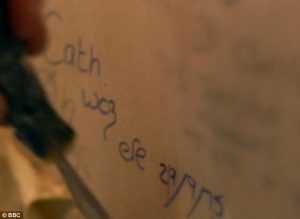 Cathy spoke eloquently about her childhood abuse and has shown what it is to be a survivor of a trial that resulted in Ray Teret being sentenced to 25 years imprisonment. Cathy’s experience of abuse highlights very strongly that once abused in childhood makes a child more vulnerable to further abuse by another abuser.

Elaine Hook is a respected and trusted educational specialist who specialises in safeguarding issues and a good friend to the Chair of Voicing CSA was invited to speak about abuse of power, exploitation, coercion and consent and made a powerful impact with her content and eventual exposure of having been abused in her life.

Ann has supported Voicing CSA from its inception and wanted to do something to help survivors but also to do it in a way that what she did helped someone. Having had long hair all her life she wanted to have her hair cut for a hairchop challenge and did so in Todmorden. Ann was ably assisted by Theresa Travis armed with scissors and went ahead. Over £300 was raised for the hostel and the hair went to a charity rotate makes wigs for children who lose their hair through cancer treatments.

There were speakers for Voicing CSA from the police force by DCI Gibson, Karen Gray and a speaker from Victim Support. It’s unfortunate that we can’t share the recordings but they have all been invited back to give another talk at a later date.

A regular speaker at Voicing CSA, Donna Peach is a Lecturer in Social Work and was the Principal Investigator of the Rotherham CSE Needs Analysis study, her 30 year career includes working with individuals and families who have experienced abuse and trauma.

Her research interests are situated within a critical social psychology paradigm. At Todmorden Donna discussed Institutional Systemic failures and responses.

Nigel Thompson, Director of Voicing CSA discusses engagement, the difficulties survivors face and the value of the work that Voicing CSA does and formally ended the meeting.